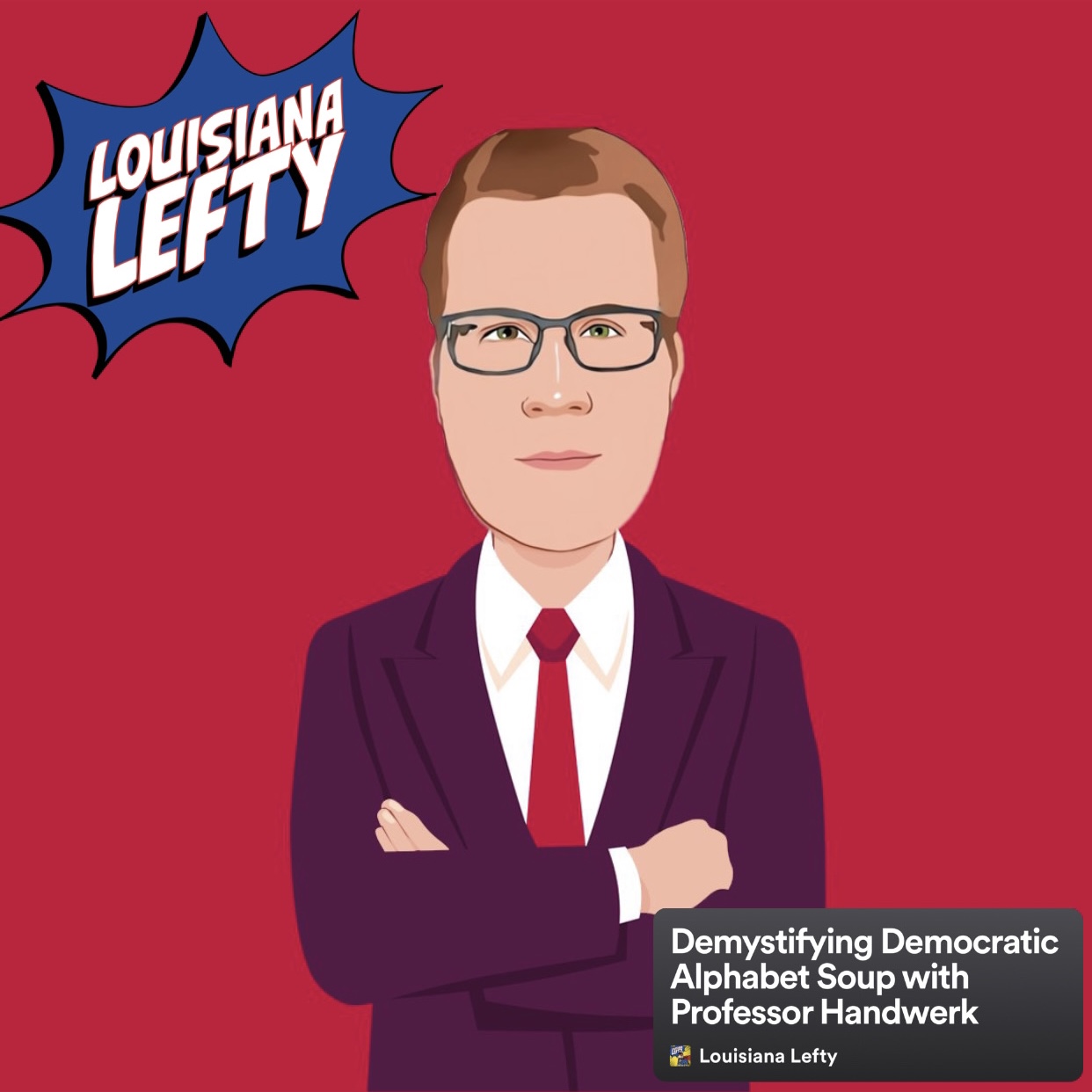 Lynda Woolard hosts Stephen Handwerk, consultant, strategist, and former executive director of the Louisiana Democratic Party, for the second in a series of episodes on how the Democratic party operates. This week, we go through the alphabet soup of organizations in Washington, D.C. that work on Democratic party politics throughout the United States.

Read about the Democratic Alphabet Soup on the DNC website.